Wake Up with Makeup

Want to have natural, flawless, fuller looking brows — microblading is the answer. Flash Brows by Heather Gordon in Frisco, TX is the place! Whether you live in the Plano, Prosper, Celina, Mckinney or Allen are or are just traveling from out of town, Heather will give you the most beautiful and unique microblading, microshading or combo brows.

Microblading is a relatively new, manual method of semi-permanent eyebrow drawing. It is done using a very fine, hand-held, manual blade to deposit pigments into the outer layer of the skin with a natural feathering approach. Microblading is also known as microshading, hair stroke, combo brows, ombre brows, powder brows, eyebrow embroidery, permanent makeup, eyebrow tattoo and semi-permanent makeup because it does not appear as a tattoo and it does not involve the use of any machine. The microblade is three times thinner than the needles used for tattooing and it does not go as deeply into the skin. It is virtually painless and the results are semi-permanent.

The microblading method is ideal for anyone wanting to enhance the look of their eyebrows. The results are natural looking, hair-like strokes, regardless of the amount of hair present. Because the color is deposited closet to the surface, the strokes appear crisp and fine. The color choice is patient specific, and is mixed using a natural selection of semi-permanent micropigments to complement hair color and skin tone. During the complimentary four week touch up appointment it is possible to use a darker shade if desired. Flash Brows by Heather Gordon carries a large selection of permanent makeup supplies and services in the Dallas and Frisco, Texas areas.

The microblade glides with gentle pressure over the skin and causes a fine cut (similar to a papercut) and you can hardly distinguish it from real hair. Depending on the drawing technique it creates an individual look for each eyebrow. Flash Brows uses only the most sought after, top-of-the line, surgical grade, 100% sterile & disposable Harmony Microblades by Tina Davies during your appointment.

Microblading is a cosmetic procedure using iron oxide pigments that fade over time and are naturally absorbed by the skin. Iron oxides are innocuous, harmless and perfectly safe for your skin, and results will be softer than permanent makeup and tattooed brows. The treatment is a 2-step process with a primary appointment and a complimentary touch-up appointment approximately four weeks later. Flash Brows pricing includes both appointments with one cost. PostCare microblading tips will be provided to you at your appointment. When you have microblading in Frisco, Texas with Heather Gordon of Flash Brows you'll be looking gorgeous and feeling great! 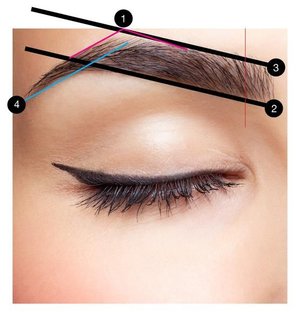 Why Microblading and why now?

Microblading, also known as eyebrow tattoo, permanent makeup, semi-permanent makeup, hairstroke brows and eyebrow embroidery are all terms commonly used to refer to cosmetically enhanced brows with permanent makeup supplies (like pigment and the microblade tool itself). Women are flocking to book this latest and greatest beauty trend that was once exclusive only to celebrities. If you have eyelash extensions, you will absolutely want semi-permanent eyebrows to match! With customized microblading easily accessible in Frisco and the greater Dallas area, sought-after microblade artist Heather Gordon of Flash Brows can transform your eyebrows in about two hours with zero downtime. You can wake up with makeup immediately following your microblading service and be the envy of your friends!